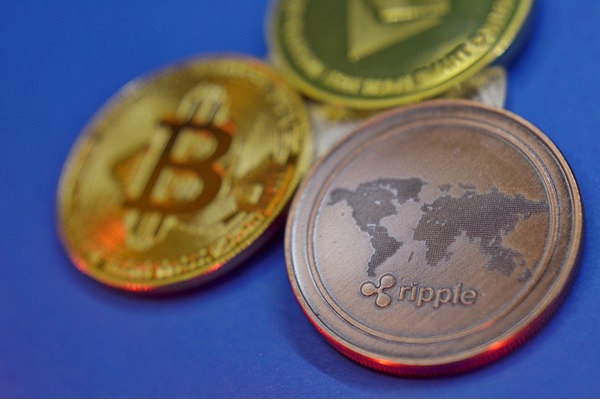 Some things have changed, while others have stayed the same. Here’s why Ripple is easily one of the most stalwart and reliable tokens on the cryptocurrency market— from past to future, Ripple remains a contender.

While Ripple often gets a lot of flak for being the cryptocurrency that doesn’t behave like an actual cryptocurrency, it is one of the most unique and important disruptive technologies that has come out of the age of digital currency. Providing assistance where few other cryptos can, Ripple works directly with centralized and decentralized platforms in order to create better access for consumers around the globe.

Despite its contentious nature, adoption and expansion of Ripple’s services continues to grow worldwide, and has since the token was created. Because the company presents such an incredibly individual network, many still believe that Ripple will continue to thrive well into the future, and if its past tells us anything, it’s that these people are absolutely correct.

Ripple has always been the odd one out when it comes to cryptocurrencies, their uses, and the underlying technologies that they present. Unlike other cryptocurrencies, Ripple was never designed to be fully decentralized, anonymous, or even fungible. In fact, Ripple was initially built to work hand in hand with centralized banking institutions, allowing them to better facilitate global and cross seas transactions. Recently, the company has expanded RippleNet to also include tokenization of non-fungible items. This can range between a number of goods and services, from things like art to agricultural goods.

Perhaps one of the most astonishing things about Ripple is that it was conceptualized in 2004, far before Bitcoin— which most people consider the first cryptocurrency. When it was first created, Ripple didn’t use blockchain technology— often considered the defining factor of a cryptocurrency— but its goal was still the same, a type of digital tokenization of national currency that could be more easily translated into another fiat.

Deviating From the Norm

The initial idea was soon translated into a cryptocurrency. In 2012, the company was sold to a number of crypto developers for use as a digital currency, and was renamed OpenCoin.  At this time, Ripple transitioned into digital currency by creating a digital ledger network and securing initial funding. One of the original developers of OpenCoin, Jed McCaleb, pushed for better technology and use case for the token, before leaving the company to begin other digital startups in 2013. At this point in time, McCaleb’s exit cause OpenCoin to fork, creating what we now know as Ripple and a different network called Stellar Lumens.

Along with the fork and name change, RippleLabs also swapped their protocol to become an open-source code, helping to decentralize their network and cement their technology as a cryptocurrency. In 2016, Ripple earned their BitLicense, which further solidified their status as an open source, decentralized, crypto network. Which allows them to move seamlessly throughout the cryptocurrency market.

By this time, Ripple technologies had begun to bridge the gap between centralized banking services and cryptocurrencies. Helping banks to better facilitate overseas transactions. With legacy bank systems like SWIFT, banks are required to slowly move transactions through existing networks, linking up with intermediaries until a chain can be established between two currencies. Sometimes, this means that currencies must be swapped several times, through several institutions, to finally reach their destination in the currency desired. This not only takes a great deal of time, but can also cost customers a lot of money in conversion and transaction fees.

Ripple however, steps between any two institutions within its network, and instead of incrementally converting currencies, the original currency uses XRP as a vehicle. Requiring only two transactions— original currency into XRP, and then XRP into desired currency— to achieve the final remittance. This system is lightning fast, usually taking only seconds to achieve. It is also incredibly cheap, as transaction fees across the RippleNet are incredibly low. Saving consumers both time and money while still offering assurity and security.

Clarity in the Future

Because of this incredibly useful technology, Ripple has since built enduring relationships with some of the biggest names in global finance. Barclays, Mitsubishi, Santander, American Express and a number of other heavy financial hitters are associated with Ripple, and the company has been expanding their network since. Hoping to become truly global. As of today, Ripple has the business of over a third of the world’s banking institutions on board, with over 250 members, in 70 countries, with 35 different types of fiat support.

And this network is growing every day. The larger Ripple grows, the more decentralized (and as some see it— trustworthy) the system becomes. Which is one of the reasons, that despite a low market price, Ripple remains one of the top cryptocurrencies and crypto technologies in use today. With ever better and brighter things on the horizon.

How to Plan a Trip to Lonavala