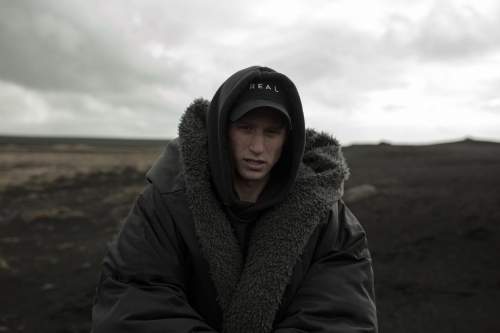 NF is an American singer, songwriter, and Rapper. He has released five studio albums, two Extended Plays and has received several awards for his tracks and albums. Many of his tracks debuted to be at the top position on the Billboard 200. His single, ‘Let You Down’ was a certified triple-platinum single in the United States and achieved great success internationally. He is known for putting his raw emotions and feeling into the songs. In the initial stage of his career, he released independent albums, and when he got some success, Xist music got attracted to it and offered him a deal in 2012.

An EP was announced by the label, but it was never released, which destroy the relationship between Xist Music and NF, and they parted their ways. After not getting a label, NF started working with Tommee Profitt and released a song. It got highly popular and gave much-needed success to NF in his career.

NF’s full name is Nathan John Feuerstein, but he is popular with his stage name only. He took birth on 30 March 1991 in Gladwin, Michigan. He faced a lot of struggle in his childhood as his parents got divorced and he was raised by her mother. Her mother had a boyfriend who used to molest him, and when his father got to know about this, he took him under his custody. In the year 2009, his mother died due drug overdose, and he also dedicated the song; ‘How Could You Leave Us’ in 2009. He completed his graduation in 2009 from the Gladwin High School, where he also played basketball.

Initially, for NF, rapping was a way to let his emotions out, and he used to record his songs on a Karaoke machine. He used toe microphones, one for rapping and the other for recording the instrumentals. He’s released his debut album in November 2009 and titled it; ‘Moments.’ The next year, in August, his debut single, ‘Alone,’ came out, and it featured Brooke Griffith and Tommee Profitt. He released a few Eps and albums with Profitt and got a good response from the audience. ‘Let You Down’ is one of his most successful songs from the album, ‘Perception.’ His album became platinum in no time and made him a music sensation all over the world.

If we talk about his idols and inspirations in the industry, he gives all the credit to Eminem as he always looked up to him as an Idol and says that he used to listen to him a lot.Feuerstein refuses to be labeled as a Christian rapper as he wanted to rise over the religions. In the year 2017, he collaborated with Futuristic and Ephiphany, which boosted his career to a great extent.

NF is a hard-working artist, but he never worries about his earnings or salary. It is irrefutable that he is emerging as one of the top artists, but he has never revealed his earnings and net worth. So, there is no information available about his net worth.