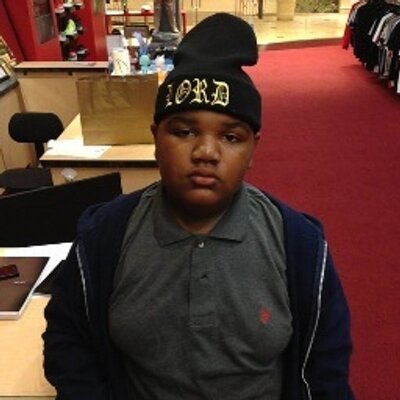 Where is Latarian Milton now? What happened to him?

Latarian Milton is best known for being a victim of juvenile delinquency.

In the year 2008, When he was just a 7-year-old kid, he stole his grandmother’s truck and took it on a road rage rampage through Palm Beach, Florida causing havoc on the streets. This particular incident led to the destruction of a vast number of public properties along the way.

Throughout this blog post, we’re going to learn about:

Milton was born on 30th September 2000, in Palm Beach, Florida, USA; under the zodiac/birth sign of Virgo. He is of American nationality and his ethnicity is African-American.

Latarian was essentially raised by his grandmother Zikkita Stratford because his mother was just a 16-year-old girl when he was born.

Juvenile Latarian came into the limelight back in April 2008, When he took his grandmother’s sport utility vehicle for a fun ride along with his friend.

He stole his grandmother’s DodgeDurango and took it for a ‘fun ride’ through the streets of Palm Beach. The fact that two seven-year-olds meandering an SUV sends a chill down the spine. They caused severe damage to plenty of properties- “the kids knocked into 2 mailboxes, hit 2 parked cars in a Costco parking lot, and collided with2 moving cars near a Walmart” as broadcasted by the media.

In a report covered by the West Palm Beach News Station, Latarian asserted that did this as he got mad at his mother, who is a chain smoker, and that he wanted to do somehow rat stuff and smoke cigarettes with his friend.

He also confessed that “I want to do this because it’s fun, it’s fun to do bad things”

An animated action-comedy series ‘The Boondocks’, named “Smokin with Cigarettes” was precisely influenced by this whole tragedy.

In this show, the protagonist is Lamilton Taeshawn, a mocking fictitious maniac, and a petty juvenile, particularly based on Latarian Milton

Latarian Milton back with a new incident

This incident took place when the seven-year-old directed his anger towards his grandmother.

At lake park Walmart, Latarian asked her grandmother to buy some chicken wings, and when she refused to do so. He went to the store and ordered them anyway. This was when his grandmother Zikkety confronted him, and he began hitting her.

By late afternoon, Riviera Beach police picked up Latarian from home and took him to the hospital for a mental evaluation.

Where is Latarian now?

When Latarian started his secondary education with the hope of getting his life together, everyone thought that it’ll work out eventually.

He wished to join the school’s football team, and then proceed with his studies particularly engineering, or even joining the US Navy.

Again, we’re mistaken. In August 2017, he along with his companions ordered a Lyft ride and looted the driver, yanked him out of the car, and drove away.

Then, he was arrested and sent to the juvenile detention center. He’s still waiting for the leading verdict which could possibly pan out with a 15 year-long imprisonment.