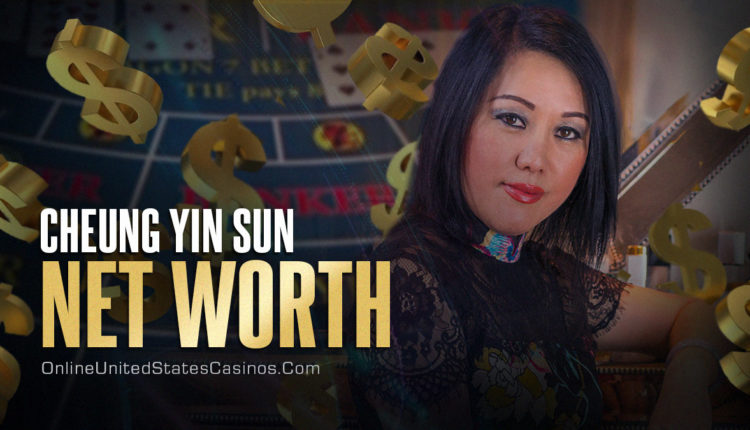 Cheung Yin Sun is an Asian gambler who rose to prominence by beating casinos at baccarat using edge sorting. Currently, the American production company SK Global is developing a movie based on her life story.

Cheung Yin “Kelly” Sun was born in Northern China in 1976. Her family made their fortune in the banking world but lost it all during China’s Cultural Revolution. At that time, Mao Zedong began imprisoning everyone well-off and sending them to work camps, including Sun’s father, leading to the demise of his business empire. Therefore, while born rich, Sun grew up poor. After the end of Mao’s reign, her father came back home, instantly starting a wooden products factory. He quickly managed to amass a small fortune. That led to Sun experiencing a higher-end lifestyle in her teens and early adulthood.

Once the Sun family was back up on its feet again, Cheung Yin’s parents sent her for schooling in Shanghai. During this time, she expressed an interest in designer clothing and a desire to study abroad. Her father honored her wishes by sending her to the famous Sorbonne University in Paris, France, in hopes of her becoming a fashion professional. However, she did not finish her studies at this prestigious establishment and left to explore a jet-setter-like lifestyle.

Even at age fifteen, Sun was already an active gambler, with poker being her preferred game. While still in her teens, she would sneak off to be a part of Hong Kong gambling cruises, and she would even visit Macau on several occasions. Those experiences would fuel her passion in developing into a career gambler. According to her estimates, in her early professional years, she lost close to $20 million of her family’s money at gambling establishments in multiple corners of the globe.

In 2012, poker Hall of Famer Phil Ivey teamed up with Cheung Yin to beat casinos at Asia’s favorite card game – baccarat. To explore a game scenario, try live dealer baccarat online. The pair used edge sorting to attain the upper hand over the gambling locales that they would frequent. They managed to win $12 million at Crockfords Club in London and another $9.6 million at the Borgata in New Jersey. Both venues refused to pay out any winnings to Ivey and Sun, claiming that the duo used trickery to eliminate the element of chance involved in baccarat. Courts ruled in their favor, stripping Sun and Ivey of their prizes.

What Is Edge Sorting?

Edge sorting is a technique used by gamblers to accurately guess the value of a card by observing unintentional differences on its backside. In general, the two long edges of every card are distinguishable from one another when rotated 180 degrees. So, this practice involves a player tricking a dealer into turning the card under the pretense that such a move may bring the player good luck. However, in reality, it reveals unintentional card edge irregularities, making the value of face-down cards apparent to the player.

In February of 2021, Variety reported that Awkwafina, the moniker of New York-based comedian Nora Lum, will star in a movie based on the life story of Cheung Yin Sun, nicknamed the Baccarat Machine. Andy Bellion will write this feature, which Jeffery Sharp of Sharp Independent Pictures will produce. SK Global will guide the project to fruition. That is the same company behind the mega-successful movie – Crazy Rich Asians, in which Awkwafina co-starred. It grossed over $238 million at the worldwide box office on a budget of $30 million.

There is no credible information online that can help accurately approximate the net worth of Cheung Yin Sun. Conservative estimates would put it at over a million dollars of her own money. That does not include her family fortune, the funds that she will inherit from her parents, whose wealth is vast, likely in several million. The rights to her life story likely brought in a few hundred thousand into Sun’s bank account, and the notoriety she will receive from the film will no doubt boost her name and money-making potential.

Shelly Schiff has been working in the gambling industry since 2009, mainly on the digital side of things, employed by OnlineUnitedStatesCasinos.com. However, over her eleven-year career, Shelly has provided content for many other top interactive gaming websites. She knows all there is to know about slots and has in-depth knowledge of the most popular table games. Her golden retriever Garry occupies most of her leisure time. Though, when she can, she loves reading Jim Thompson-like crime novels.