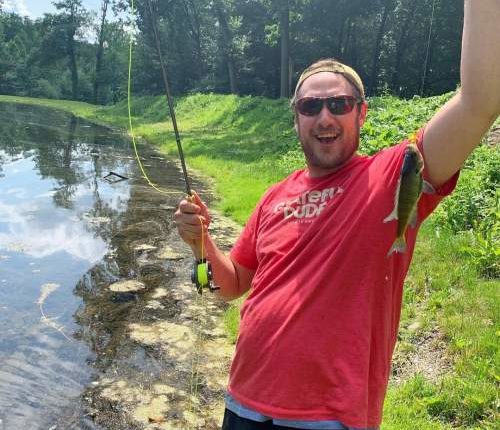 Movie actors and actresses are not the only stars or celebrities in this world. There are people in other professions who shine like stars. They may not be celebs for many people, but they are genuinely great personalities because their fans want to see, meet, and listen to them. People admire their work. One such name is Brad Samuel Leone.

Brad Leone, a young man, born on May 16, 1985, in New Jersey, US, is not a big or small screen star but a YouTube personality. There is no information about his schooling and college life. Brad studied at the Institute of Culinary Education at Brooklyn, New York. He developed an interest in the symbiotic culture of bacteria and yeast (SCOBY). And eventually in the fermentation process. Brad got an internship at Bon Appetit as a test kitchen assistant after graduation. His role included entire shopping and cleaning, but later got a full-time position at the magazine. He eventually worked his way up to Test Kitchen Manager. It was the beginning of his actual career.

Brad lives with his partner Peggy and two sons (Callen and Griffin). Today, Brad is an American chef known for the videos on Bon Appetit’s YouTube channel. He is not worldwide famous as movie or TV serial starts, but his professionalism as a chef brought Brad enough fame. Not much information is available about his personal life, but Brad describes himself as a man “kind of all over the place.” He means to say that he did various jobs in various industries despite his association with the foodservice industry.

Brad’s fame came from Bon Appetit’s YouTube Presence. The creative director of Bon Appetit conceived a web series to follow the magazine’s test kitchen. Brad made “kombucha” in the first video shot on him. The cameraman convinced the magazine to post the video. It was a debut of the series “It’s Alive with Brad” on October 21, 2016. The series became regular with initial episodes on food and microbial cultures by Brad. He focused on more general food recipes in the later episodes. The series transformed a simple chef into a star chef. The comedic editing of the show, Brad’s laidback cooking style, some travel shows, and pop-up video made this series very interesting and famous.

Brad decided differently and moved out of his role as The Kitchen Manager in 2018; he focused entirely on creating videos. In 2019, Brad launched “It’s Alive spin-off series” and “It’s Alive: Goin’ Places” on a dedicated streaming channel. It proved a significant success with the first and second seasons in Central Texas and Hawaii, respectively. He won a nomination at the 11th Shorty Awards in the same year for his “It’s Alive” work.

Bon Appetit didn’t have a significant presence on YouTube a few years ago, but it is a highly opinionated food brand; its videos inspire people to love continued cooking and eating.