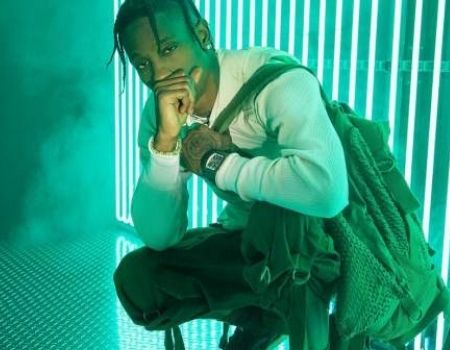 Jacques Bermon Webster is professionally recognized as Travis Scott. He is a popular singer, rapper, record producer, and songwriter based in America. His musical style is different from all others as it is a fusion of hip-hop, ambient, traditional rap, and lo-fi, and people love his fusions. For the first time in 2012, he signed a major-label contract that was his first contract with Epic Records. In the same year, he signed a deal with GOOD Music by Kanye West. In 2013, he signed a contract with Grand Hustle by T.I.

Despite the fact that he signed many deals with Epic Records and Good Music, he wasn’t still satisfied with all the deals. Later, he signed a music contract with Grand Hustle imprint. He was boosted, and he released his mixtape that was self-recorded named ‘Owl Pharaoh.’ He also released his debut album entitled ‘Rodea’ in 2015. The launch included many American guest appearances, including Quavo, Swae Lee, Chief Keef, The Weeknd, Juicy J, Kacky Hill, and many more.

Travis Scott took birth in 1992 on 30th April in Houston, Texas. Till the age of six, he lived along with his grandmother in South Park and experienced many crimes in his neighborhood as people around his neighborhood were poor, hungry, and weird. That was the time when he decided to pursue his career and get out of that area. After being with her grandmother, he moved to Missouri City to complete his studies and accomplish his career.

Travis completed his studies at Elkins High School and the University of Texas. During his studies, he never paid much attention and used to be only an average student. He paid attention to musical interests and focused more on his music career instead of his studies. He is popularly known for his fusion that includes hip-hop and many different genres of hip hop.

After completing his studies, he moved to New York City and started his music career. The musical career of Travis was full of struggles, but at last, he succeeded.

Scott is an American rapper whose relationship history has been quite notorious. There were many rumors where he has been connected with many girls. In reality, in 2017, he began dating the very famous television star and entrepreneur Kylie Jenner. Both continued their relationship, and they were blessed with a daughter in 2018 on 1st February. The couple got separated in 2019 after being together for only two years. His daughter is currently with her mother, and it is known that Travis occasionally visits both mother and daughter.

Scott has worked with some top Records and has released many albums, but some of his music albums got highly popular, including Astroworld, Rodeo, and Birds in Trap. He has won BET Hip Hop Award and the Teen Choice Award and is considered the leading start in America’s music industry. Through his albums, he has gained a net worth of approximately US $40 Million.