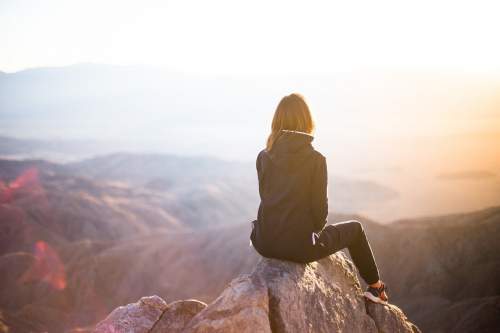 Travelling Vicariously or Seeing the Beauty of the World Yourself?

There is a Chinese proverb that says;

“Do not listen to what people have to say, rather go and see for yourself.”

Up until the point I came across this quote, I was living a life that was a total 180 of the inference.

I never travelled anywhere; all my travels were merely visits to the movies, the grocery store and the daily commute to my office.

I had plenty of pretty genuine reasons for never undertaking any travelling adventures, including

Even with the reasons being real, I knew they are nothing more than excuses. I could have tacked all of them if I wanted.

And that is where the problem lied, I wanted to travel, yet I did not want to visit.

I know I sound like a paradox, I feel like one most days, so no offence was taken.

I do not have many friends, and the ones that I do have are great people, and I love them like family, but they are even timider than I am.

They do not go on spontaneous trips, so neither did I.

They would cancel on planned trips, and so would I.

It is said that the people you surround yourself with tend to imprint their persona upon you. It is not forced, or they do not coerce you to accept their ways, it just automatically happens.

The same happened to me. I used to love the idea of travelling when I was young, but my friends somehow changed my penchant for trips.

When I wished for an escape from, I would either read a traveller’s blog or watch a documentary. As a result, my craving would get satiated.

I could never imagine myself going on an actual trip because my will to travel had waned to almost being non-existent.

To bring colour in boring and incredibly mundane life, all I needed was someone else’s travel journey. Living vicariously through other people’s experiences seemed justified to me, and then it didn’t.

The Leap of Faith

One day, while watching a documentary on India, I felt an innate pull towards that nation.

I have been born and brought up in Ireland; Dublin has been my home since I can remember. All my family and friends also live here.

For someone like me, the colourful and versatile world of India felt like something out of a dream. I knew India has a rich cultural heritage, but I never knew its extent.

The documentary showed a temple in Rajasthan, which is the most significant state in India, by the way. The temple had thousands and thousands of rats roaming in its premises, and no one made them go away. Instead, people were feeding and revering them.

It is because the Indians believe that the rats are associated with one of their Gods. This place is called the Temple of Rats.

It was gross and intriguing at the same time. And I want to thank the rats for changing my mind about travelling, since I had decided that I would meet them, pray to them and probably make a few rat friends.

Watching a place that was so different to mine clicked something inside and the desire to go and see it was not something I could hold back.

The Other Side of the World

Planning a trip across the world is no easy task. Trust me. It took all of three months to get everything in place in addition to me getting one of the 24 hour loans in Ireland, and I was packed and ready to leave.

I do not think I have to say this, but none of my friends could make the trip, sadly.

Fortunately for me, my mother loved the rat story; both of us were grossed over and hypnotised by their ugly cuteness. So, she accompanied me to India, and those two weeks were the best of my life.

We landed in Delhi, which is the capital of India. Surprisingly, the language was not that much of an issue for us. Although the Irish accent may seem a little strange to someone who hasn’t heard it in his life, we did say through.

I had to make the majority of the conservation because the Indians could not understand my mother’s heavy Irish slang.

The entire trip felt like a dream. I felt as if I had started to live only after that trip. We had travelled to four cities in total. I know that is not a lot, but given the time of just two weeks, I felt even that was an accomplishment.

The national capital is the most boisterous city I have ever seen or heard of. There are so many different kinds of people here, with a population of about 20 million, it was a no brainer.

We saw everything there was to see in the city. From Connaught Place, where you can find a bazillion pubs and restaurants, to Chandni Chowk, which is the hub of street food and dupe products, these two places are opposites. One is the non-branded cousin of a snob.

Bikaner was the place that had compelled me to take the leap of faith and travel for once in my life. The documentary could not prepare me for the Temple of Rats. There were 25,000 rats in that one place.

The moment that you see them for the first time, you want to turn around and leave. But a few minutes inside makes you adjust with the scenery. Rats were walking on top of my feet, and I was not grossed out for some strange reason.

The fuzzy little rodents made me fall in love with them. I even picked one up and fed him a piece of bread that I brought along. Watching him devour my food offering made me want to adopt him.

I would have taken him along in my bag-pack if my mother had not pointed out that I could end up in jail for that.

There is a Monkey Temple as well in Rajasthan. I know this because I had personally fed the about 4 dozen bananas to them in Jaipur.

My mother and I also visited Mumbai, which is another magnificent city in India, but it did not have any rat temple.

It feels bizarre to say that a rat had turned my fragile will for travelling to a full-blown passion, but it is true. I have even gotten myself one, and I pray to God every day that my grumpy cat would never eat it.

I would never want to live through other people’s experiences. Why should I, when I can very quickly make my own.

Travelling is one activity that not a single person in this world dislikes, yet not many can say that they indulge in travelling often. Some even say a TV lets them travel through its screen, should that be considered as travelling?