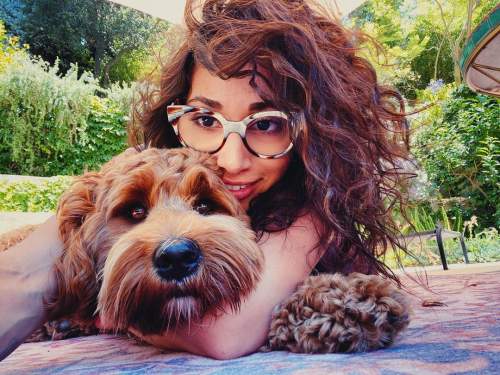 Meghan Rath is a well-known name in the Canadian film industry. She is a talented actress and has also appeared in several TV shows such as The Assistants, Being Human, etc. She gained great fame for her role as Sally Malik in ‘Being Human’. It gave her a much-needed boost in her career and helped her to grab several roles in different TV shows such as 15/Love, Secret, and Lies, etc. She loved acting since she was a child, and when she was in college, she took part in numerous acting workshops.

She played the role of a Ghost in ‘Being Human’ and received great appreciation from the viewers. She also acted in ‘New Girl’ in which she played the character named ‘May’. Apart from the TV shows, she has appeared in several movies too such as ‘Three Night Stand’, ‘You are so Undead’, etc.

Meghan was born in Quebec, Canada on 18th June 1986. She is of mixed descent including Indian, British and Austrian as her mother was from Goa, Indian and her father is of descent of Austrian Jewish. She has a brotherwho is younger than her. He also works as an actor, and they both have appeared in a few TV series too. She started attending acting workshops when she was in school, and it increased her interest in acting. She has done a course on Cinema and communications.

If we talk about the career of Meghan Rath it started with a movie named; ‘Lost and Delirious’ which was released in the year 2001. Meghan played the role of a friend of the main character in the film. After that, she played a role in the popular TV series ‘Fries with that’ in 2004. Her career graph skyrocketed in 2004 when she got the role of ‘Adena Stiles’ in ’15/love which was telecasted on ‘YTV’.Adena was one of the main characters in the series and the impressive performance of Meghan in it, made her win the ‘Best Performance in Youth or Children’s Program Award’.

In the year 2007, Meghan appeared in several Films and series such as ‘My Daughter’s Secret’, ‘Heartland’, etc. She was also a part of ‘The Assistants’ and played the role of Rigby Hastings in it. She also starred in a TV Sitcom along with her brother in 2010. The series was named; ’18 to life’ and in the same year she got chance in two other movies too.

Rath played one of the best characters of her career in ‘Being Human’, and she is also in a close relationship with the director and writer of the same series; Patrick Kiely. Meghan has a mixed ancestry which made her face some problem initially in her career, but her acting skills out shadowed it easily.

If we talk about Meghan Rath Net worth, it is believed to be around $3 million. She makes around $363000 per year from acting. She has earned most of the money by acting in different movies and TV series.