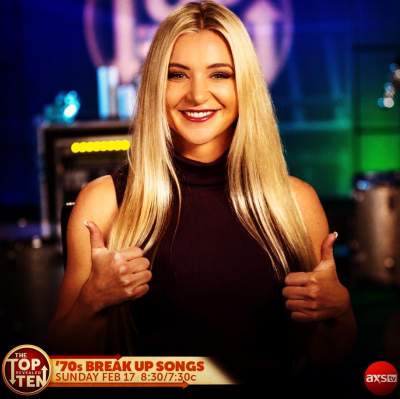 Jessica Money, a 32-year-old American Singer, Lyricist, and television celebrity though widely known for being the daughter of the Late Rock Musician Eddie Money.

Jesse was born on 22 June 1988, in Long Island, New York City, USA. She holds American Nationality. Her early childhood days were spent on long Island. She was brought up by her parents, Late Edward Joseph Mahoney(commonly known by his stage name- Eddie Money) and Laurie money, a model; producer; TV persona herself alongside her siblings named Joseph, Julian, Desmond, and Zachary. All of her siblings were into music except Zachary, who was a businessman. Jesse went to Westlake High School, and during this phase, she developed an interest in singing and started taking lessons along with learning how to play Guitar and Piano.

Jesse geared up towards her career at the age of 18, by joining her father’s as well as brother’s band as a backup singer. She sang several songs as a backup singer for Eddie’s album. As time slipped by, she used to join him for stage performances, which contributed to her fame remarkably. Once she appeared on the episode of the reality TV show “Rock The Cradle”, that sort of helped her in being a TV persona. In April 2018, she played in the “Real Money” TV series, that covers the lives of her family especially her father Eddie. Jesse is primarily popular for singing some of her father’s hit records like “Take Me Home Tonight” and others.

It is believed that presently, Jessica is not committed to anyone, provided that she is committed to her career. However, there is no information available about her past dating experiences too.

Who was Eddie Money, Jesse’s Father?

On 21st March 1949, Edward Joseph Mahoney was born in Brooklyn, New York City under the zodiac sign Aries. He holds an American nationality. He was a Rock Musician, songwriter generally acknowledged for his songs “Two Tickets to Paradise”, “Baby Hold On”, “I Wanna Go Back”.His father, Daniel Patrick (a police officer), and mother Dorothy Elizabeth (Homemaker) belonged to Irish-Catholic ethnicity. Upon matriculation from Island Trees High School, he joined the New York City Police Department but resigned in 1968 and commenced his career as a rock musician. In an interview, he expressed-“I couldn’t see myself in a police uniform for 20 years of my life, with short hair” After his resignation, he moved to California where he used Eddie Money as his stage/professional name. Eddie started performing in clubs. After a couple of months, he signed a contract and released his first albumin in 1977. Substantially, his career broadened as he got to appear in some episodes of popular TV shows like “The King of Queens”. In October 2011, Eddie was the host of the show “Money in the Morning”.He married Jessica’s mother, Laurie Harris in 1989. Three months prior to Eddie’s unfortunate death, they renewed their wedding vows. He died on 13th September 2019, due to Cancer.

Net Worth of Jessica money and Eddie Money

Jesse’s net worth is expected to be around $500,000 whereas her father’s net income was around $20 million, at the time of his death.