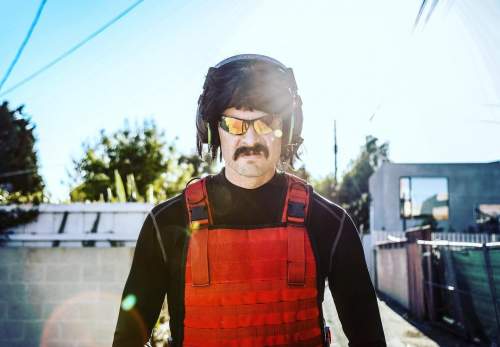 Herschel “Guy” Beahm IV is professionally known as Dr. Disrespect online. He is an outstanding YouTube streamer, Twitch streamer, and an Internet celebrity based in America. He is popularly known for his battle royal video games like Black Ops 4: Blackout, H1Z1, and Call of Duty: Warzone, Player Unknown’s Battlegrounds, Fortnite and Apex Legends. He made videos and gained popularity, and gained around 4 million followers on his Twitch account.  His live streams are different from others and have a high production value.

In 2020, he got banned from Twitch because of many reasons, and all of his videos and channel were removed. He got permanently banned from Twitch. After his account got banned, he took a break and returned to stream again on YouTube in 2020 with around 510,000 viewers.

Herschel Beahm IV took birth in 1982 on 10th March, and he is of American nationality. He completed his graduate studies at California State Polytechnic University, where he became a famous basketball player.

In 2010 on 11th January, he posted his first video on YouTube where he showed gameplay of the very popular video game Call of Duty: Modern Warfare 2. He got featured in many other videos for the YouTube gaming channel named Machinima. In the same year, on 16th March, Sledgehammer Games appointed him as the community manager. He then got promoted after some years to level designer and created many multiplayer maps for the game Call of Duty: Advanced Warfare. He left Sledgehammer and joined Justin.tv in 2015 and carried it as his streaming career.

By streaming battle royale games, he gained a great following, and he then switched to H1Z1; and before then, he started streaming PlayerUnknown’s Battlegrounds and then shifted to Call of Duty: Black Ops 4. After his account got banned, he then returned in 2018 with a total number of viewers of 388,000. He is about to beat the record made by Tyler of 410,000 viewers.

From his videos, he gained popularity and was awarded two awards in 2017 were “Trending Gamer” and “Streamer of the Year.” He is known for his skills and the way in which he streams popular video games.

Dr. Disrepect was once married, and it has been rumored that he cheated on his wife. He explained in an interview that he never cheated and even took a break of around two months from streaming to get the support of his family and get stronger. Later he admitted that he cheated on his wife but got his family’s support to stay faithful and stronger. He is also a father of a daughter from his wife.